Siem Reap: On 25th of April, 2018, the Siem Reap provincial court pronounced a verdict finding Dutchman Sarot Evrard Nicolas, aged 54, guilty of producing child pornography under the Article 41 of the Law on Suppression of Human Trafficking and Sexual Exploitation, and sentenced him to 5 years of imprisonment. The court also ordered him to pay a total compensation of 44 million Riels (approx. USD 11,000) to the civil plaintiffs.

In April of 2017, police officers from the Siem Reap Anti-Human Trafficking and Juvenile Protection Unit arrested Sarot Evrard Nicolas while he was photographing naked boys by the lakeside in Aranh Sarkor village, Sangkat Siem Reap. According to police investigation, the total number of victims reaches 22 boys aged between 8 and 14 years.

During the arrest, police found and seized a digital camera and an iPad from the suspect. The preliminary search by police discovered numerous sexually explicit pictures of boys, which confirmed the crime.

In April 2017, the same man who initially reported the case to APLE, called our agents again, informing that the Dutchman had re-appeared at the community. Following APLE and the National Police’s immediate action, the suspect was arrested and formally charged by the Siem Reap provincial court with production of child pornography.

The families and the victims decided to pursue the court case, and APLE offered them free of charge legal aid. APLE’s court support social team, after providing crisis support to the victims, coordinated other services from the partner organisations Hagar and First Step Cambodia (FSC) for the boys and families.

To educate and assist the families during their legal proceedings and the rehabilitation of their children, APLE conducted two training sessions in the community on detecting signs of sexual abuse and exploitation and its protective care, as well as how to support victims of sexual abuse and exploitation. In addition, APLE’s court support team also organised one child group activity for 22 child victims, where Kosal participated and learned how to cope with stress and manage difficult emotions.

In the afternoon of the 1st of October, 67-year old Briton David John Fletcher has been extradited from Thailand to Cambodia. On May 9, 2011

Today Australian national T.L., 65, from Sydney was arrested by the Anti-human Trafficking Police in Siem Reap on two charges of purchasing child prostitution from

On November 1, 2022, a 19 year old Cambodian man was arrested and sent to prison to serve his sentence after he was found guilty 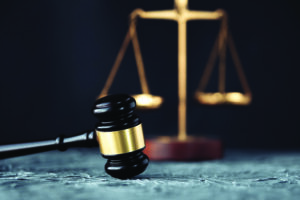