This program aims to provide child victims and families with immediate crisis support and legal assistance as well as access to prolonged specialist services, particularly during the investigations and prosecutions of their offenders.

Social rehabilitation and legal services are vital components of a child protection system. APLE continues to provide child victims and their families with crisis support at the rescue stage such as psychological counselling, social/welfare assistance, referral to specialist medical care and safe accommodation. Working alongside, APLE legal team provides free legal counselling, court related assistance and representation for child victims, witnesses and families through all stages of the legal proceedings. Further, APLE monitors the legal process regarding child- sensitivity and advocates in the child’s best interests.

Our team of social workers work alongside the police to provide immediate crisis interventions to rescued child victims. They provide psychological counseling, social, and welfare support and assess their needs to facilitate referral to appropriate services. They continue to accompany the child, for example during testifying in court, and provide follow-up support as needed. The team also develops and disseminates best practice guidelines for promoting coordinated victim service through building strategic partnerships with other service providers.

Our legal team helps child victims and their families with legal advice, representation and assistance as they are pursuing justice in court. The legal service is available for child victims and their families throughout the court proceedings. To ensure effective legal remedies and reparations, our legal team collaborates with the relevant government institutions, law enforcement agencies, child right organisations and pro bono lawyer network to assist child victims in bringing civil claims to both local and foreign court jurisdictions.

Formal partnerships with government and NGO service providers are established and strengthened to increase referrals and complementary services for child victims and their families. We' develop and implement a robust Case Management System to manage referrals to specialist services, according to the government policy/guideline. We ensure adequate services are age-appropriate, gender-sensitive and accessible to child victims from the start to the end of their legal proceedings.

Sophearoth* was 15 years old when she befriended an unknown male on Facebook who requested her friendship, appearing to be around her same age. Over the days, communication grew between the two. Sophearoth exchanged innocent photographs with whom she believed was her new friend. The “friend”, however, started to Photoshop her pictures, merging them with naked body-parts of pictures likely found on porn sites. The offender sent the edited photographs to Sophearoth and threatened her with making them public in case she would not send him real naked photos of her. Afraid of the fake photographs reaching her friends and family members, Sophearoth decided to comply with his request. The offender continued the sextortion and requested an off-line meeting. Although she refused to meet in person, the situation provoked a strong distress in the girl, who decided to commit suicide. She attempted to cut her wrists, but was fortunately rescued. Sophearoth has since made significant progress overcoming her emotional trauma and has stopped suicidal thoughts. Although the offender has since not been identified, APLE’s Hotline Analyst closely monitors the Facebook accounts of both the suspect and Sophearoth. There is no leaking of her photographs to any online platform. * Name was changed to protect the victim's identity and privacy.

Who we engage with

We engage with government and NGO service providers for referrals of child victims to appropriate long-term support services. We play an important coordinating role in assessing the needs of child victims and their families and ensuring they have free access to comprehensive services. Key partners in the service provision include Ministry of Social Affairs, Veterans and Youth Rehabilitation (MoSVY) and their provincial departments (DoSVY), and NGOs providing child protection services who are members of the Family Care First network. 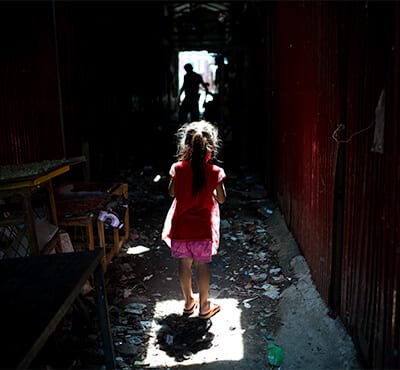 You can Help us Bring hope and smile back to our child survivors of sexual exploitation.

Your support will enable us to provide more child victims and their families with the much needed support services so that they can restore their lives and hope.

We use cookies to personalise and improve your browsing experience. By clicking ‘Accept All’, you agree to  the policy.