The Safer Internet Day initially was celebrated by only 14 countries within the European Union and Australia in 2004. In 2019, over 150 countries joined the global campaign. 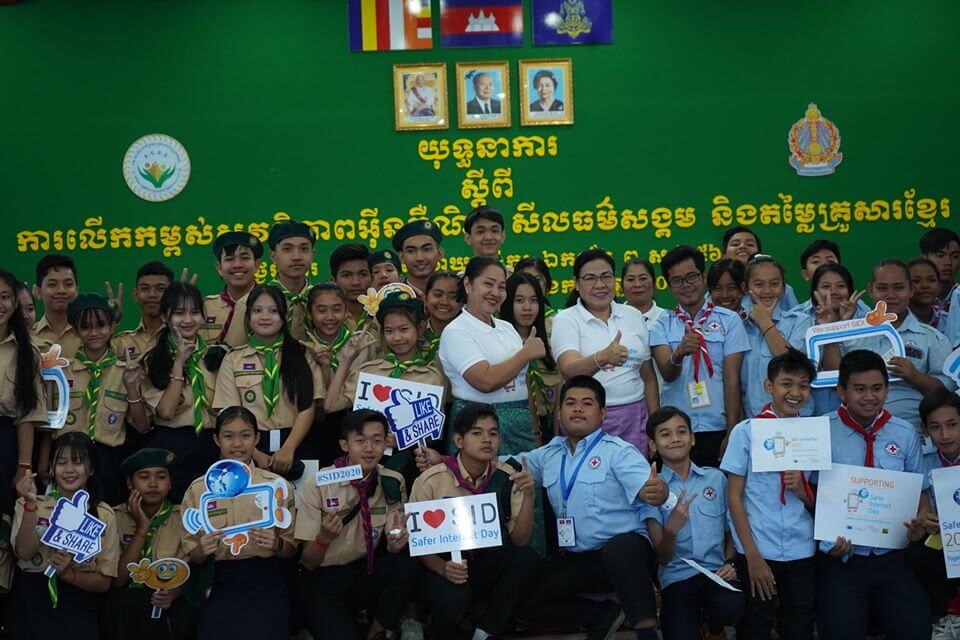 On Tuesday, 11th of February of 2020, APLE ” Cambodia, in collaboration with the National Committee for Counter Trafcking and the Ministry of Education, Youth and Sport, was proud to hold the event “Together for a Better Internet” in order to promote the safe use of digital technology, especially among children and young people. The event was held at the National Education Institute in Phnom Penh with the support of ECPAT Sweden; and was part of a Global Campaign promoted by the INHOPE Network (a global network of member hotlines, leading the fght against Child Sexual Abuse Materials online) and supported by the European Commission.

Mr. Seila Samleang, APLE’s Executive Director, welcomed close to 600 attendants from public and private schools in Phnom Penh, government ofcials, youth and various NGO staf members and gave a brief explanation of the background of the event: “The Safer Internet Day initially was celebrated by only 14 countries within the European Union and Australia in 2004. In 2019, over 150 countries joined the global campaign”. <br>Mr. Samleang thanked the attendants and the government officials for their demonstrated commitment and called for joint forces to protect children online and encouraged safe use of the Internet.

We use cookies to personalise and improve your browsing experience. By clicking ‘Accept All’, you agree to  the policy.